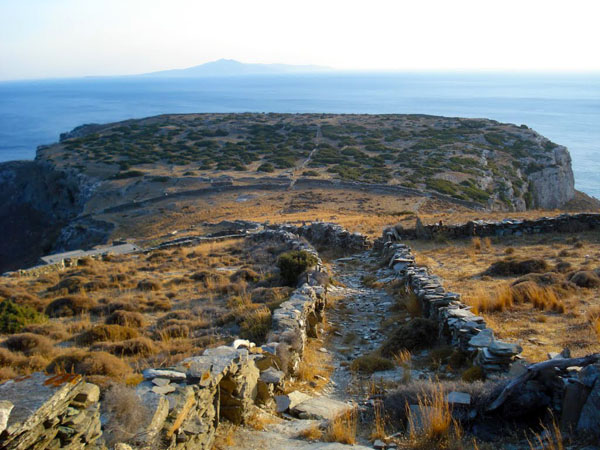 The peninsula of Zagora can reached with a 45 minute walk along the footpath which starts at Stavropeda. There is a signpost and the route is very beautiful. Ancient Sight Zagora is the most large and closely studied area of excavation on Andros and its historic worth is substantial, being one of the first organized settlements of the "dark" transitory period (1050 - 1000 BC) to be discovered. At the settlement of Zagora began in the 10th century BC and continued until the end of the 8th century BC. At the narrow pass of peninsula, the settlement was protected by a strong wall, 110 m in length, 3 m in height and 2 m - 4.80 m in thickness. A large gate in the wall served as the entrance. Inside the community was a sanctum founded in the 8th century BC and used until the classical times, even though the locality had been abandoned 3 centuries earlier. The houses were built from schist with dirt roofing. The usual composition was of an oblong chamber with a central fireplace, a separate storage area with stone props to support the clay urns, and a stable with a courtyard.

Explore the secrets of Andros!
Book a Day Trip from Athens to explore the beautiful island of Andros. 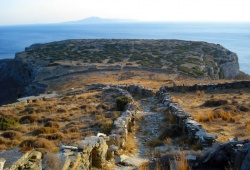 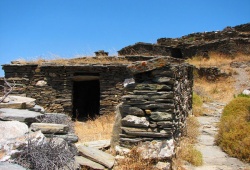 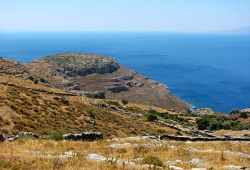