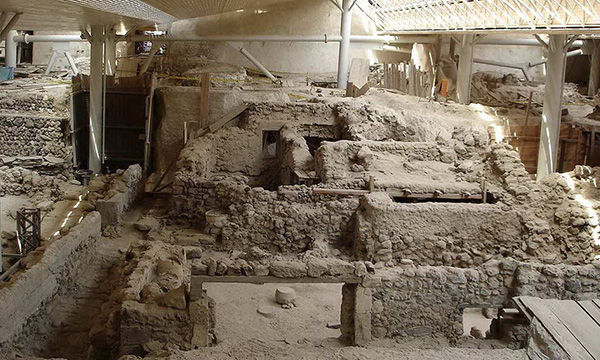 In the southern part of Fira it is probably the most famous ancient sight of Santorini. The ancient city of Akrotiri was destroyed almost 35 centuries ago, a terrible volcanic eruption. Excavations revealed to the world the traces of Minoan civilization, were held at the end of the last century - under a layer of ash in perfect condition the whole two-storey buildings have been found with well-preserved frescoes, kitchenware, household items. Scientists claim that people were able to leave the city before the disastrous eruption, as the human remains were never found. Patterns of frescoes on the walls of houses depict colorful scenes from Greek mythology and symbolism of the gods of Olympus. Here you can see the Temple of Apollo, the Roman Theatre, which was also a place of meeting of the authorities, the Christian churches have been converted from pagan temples. Also here you can watch an amazing mix of Byzantine, Roman and Greek cultures, each of which has left its mark on the architecture and art of the time. 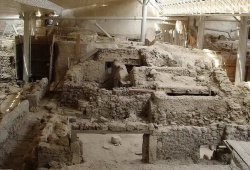 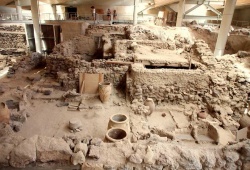 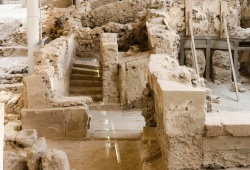