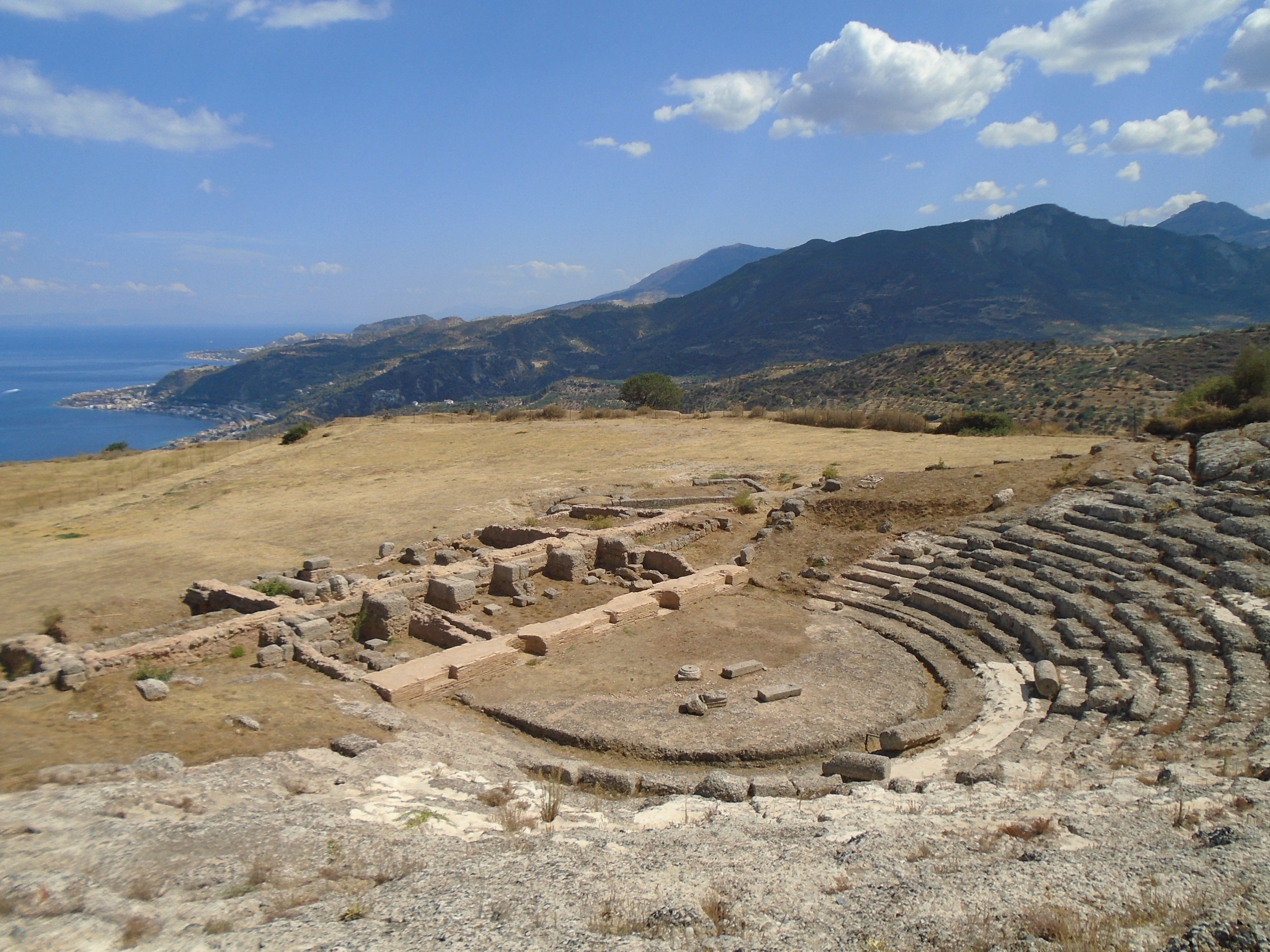 The geographical location of the city was located on the hill called Paliokastro at an altitude of 650 m and its main settlement was fortified with strong walls. It was well-known thanks to extensive historical references to works by important historiographers and geographers of antiquity such as Pausanias and Strabo. Its inhabitants took part in the Trojan War. Ancient Egira in Achaia was active until the 4th century AD. It is believed after to have been destroyed by either a strong tidal wave or a powerful earthquake.
The main building, which is preserved until today, is the city's theater dating back to the 3rd century. BC. The stage of the theater was decorated with semicircles. There is still a drainage of the orchestra and the northern wall of the stage with a central gate. Most of these elements of the theater were destroyed in the 2nd century AD. when the scene was transformed. With this transformation a three-stage scene was created, with its architectural decoration testifying to a few remains. The facade was divided into three floors with a protective roof. The lower floor was Doric, the Middle Ionic and the Upper Corinthian. Next to the theater, two temples have been excavated, Zeus and Artemis. 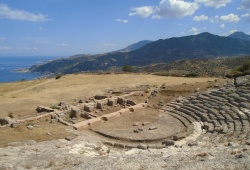 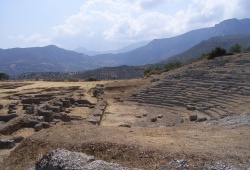 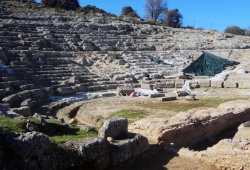