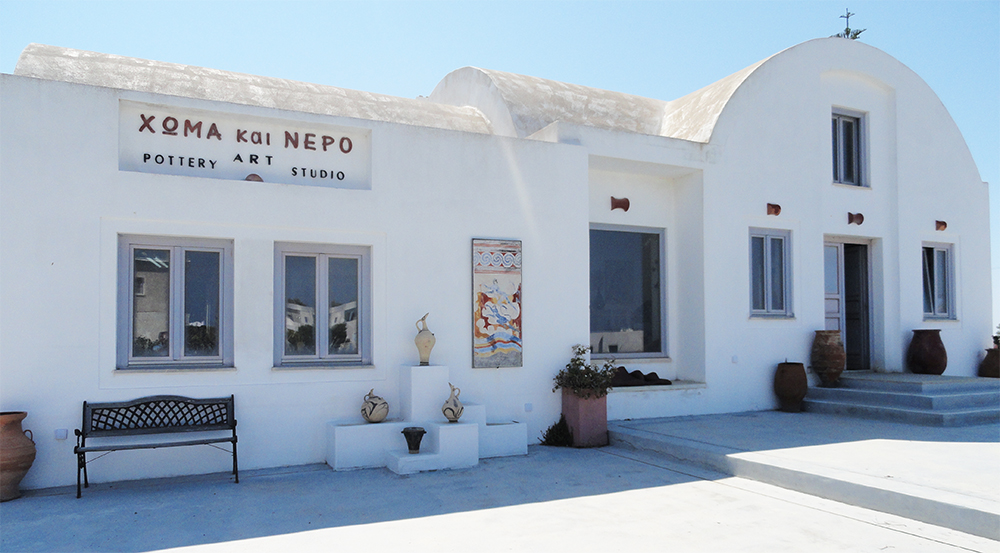 https://earthandwater.weebly.com
makaris.pottery@gmail.com
+30 2286082625
366 page visitors
Earth and Water
Andreas Makaris
Born in Athens in 1951 into a family of potters, he received his first lessons at the potter's wheel at a very young age from his grandfather, Christos Makaris, who was born in Naxos.
He graduated from the School of Ceramics in 1972, where he later taught for six years.
In 1973, he entered his work in the Panhellenic Ceramics Exhibition for the first time and won second prize in art ceramics. The same exhibition, held every year in Marousi, Athens, awarded him a further four prizes.
He maintained a workshop in Athens until 1984. Since 1985, he has been living and working in Santorini, seduced by the magical light, the imposing landscape, the distinctive traditional village architecture, the arid yet blessed vineyards, and most of all by the culture, which after so many millennia remains and endless source of inspiration.
Perpetually concerned with the future of this ancient art form in Greece - now that the School of Ceramics no longer exists - he is unrelenting in passing on his invaluable knowledge and especially, his love of the art of ceramics to future generations.
Megalochori, Santorini, Cyclades 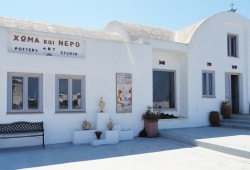 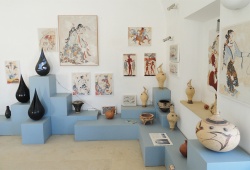 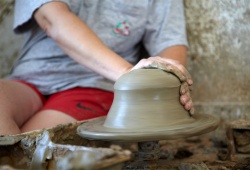 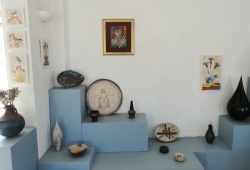 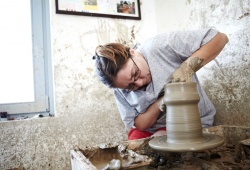 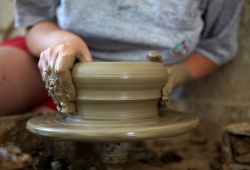 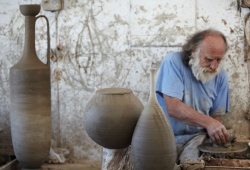 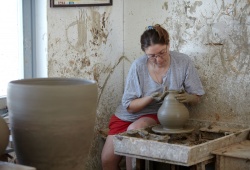 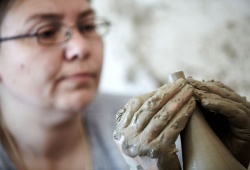 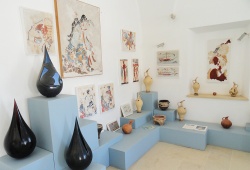