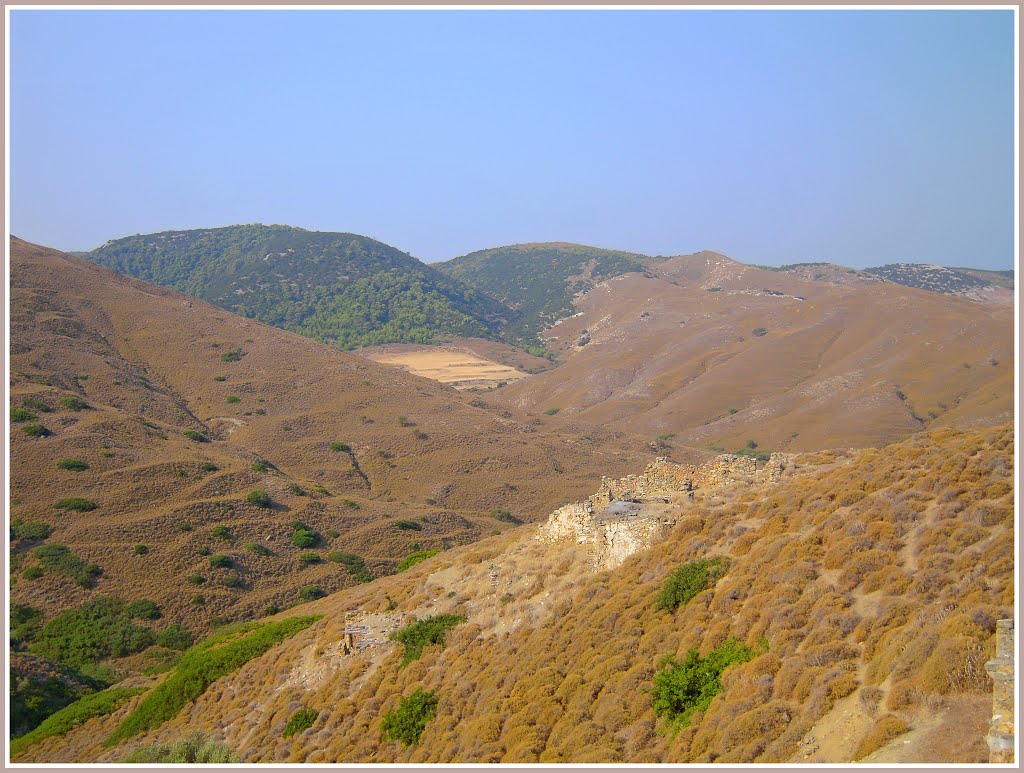 The mountains to the southeast of Skyros town are home to the unique breed of ponies which exist on the island since their introduction there by the Athenians in the 8th century BC. This rare breed can only be found on Skyros and they number only a few hundreds today. Since the old times the ponies have lived, evolved and developed their unique characteristics here isolated from the rest of the Greek islands and the mainland. The ponies are comparatively short, as they are 9.1 to 11 hands (avg. 105 cm) and small bodied owing to the low food availability in the mountains. They come in the nice coats of Bay (reddish brown hair with black mane and tail) and also rarely in Gray (white hair on black skin) or Palomino (golden brown hair with white mane and tail). Skyros ponies have small heads, wide bordered eyes, long falling manes and thin straight shoulders. It is said that the ponies of Skyros, famous for their endurance, were used by the army of Alexander the Great during his conquests and the travel to Asia. The friezes of the Parthenon temple in Athens depict such ponies. The ponies used to live wildly in the South, in groups centered at a den with nearby natural grass and water resources. But when summer would come, they would leave the mountains for the springs of the North. The native farmers tamed the strong horse during this time for threshing and ploughing. This has built a long standing relation between the ponies and the residents of the island. However, the mechanization of farming has affected their numbers badly. Cross breeding with donkeys prevailed and the farmers goats and sheep have taken over the mountain food and water resources, leading to a decrease in the number of pure bred ponies. Still they are valued and loved by the natives and there are missions underway by the government and non profit organizations to secure their survival. You can see the ponies at the Skyrian Pony Centre on the way to Atsitsa bay. Today, the Little Horses exist only in Skyros because special environmental conditions of the island, like extended mountain ranges, allowed its survival. But also the care of the human inhabitants helped a lot since the Little Horses were left to live free in the mountain for long periods every year. 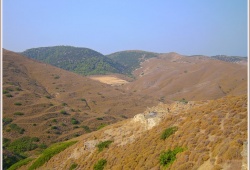 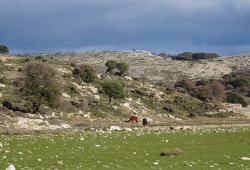 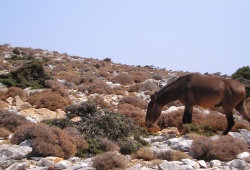