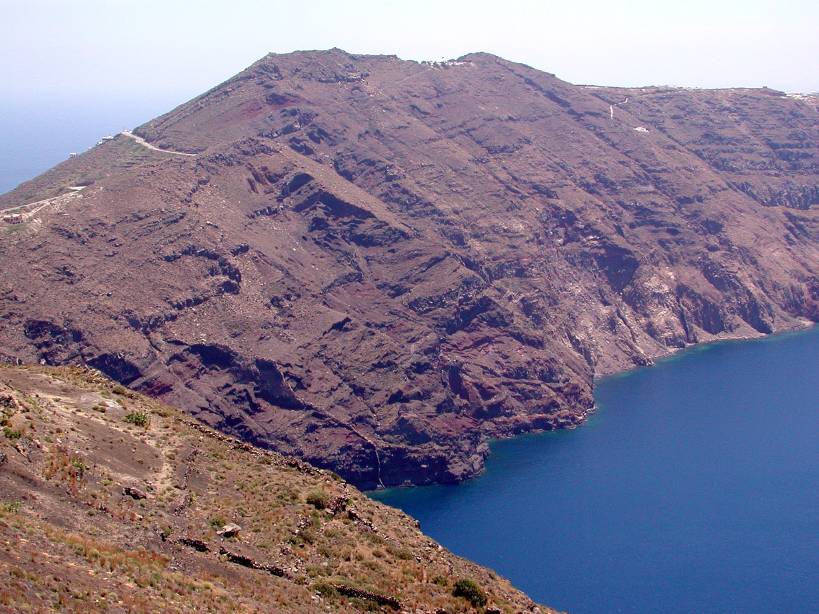 The mountain of Profitis Ilias, Santorini's highest peak runs eastward into the lower rocky outcropping of Mesa Vouno. These two mountains are joined by a ridge named Sellada, where is a parking site. Mesa Vouno, with an altitude of 369 metres, extends from west to south and its steep slopes plunge to coast at Kamari to the north side and Perissa to the south. This naturally fortified spot was an ideal place for the Spartan colonist to found their city, and they built two roads, one to beach Kamari, where they had their port (ancient Oia), and the other to Perissa. The strategic location of the town was appreciated later by the Ptolemies. In the 4th century BC, the most important era in the history of the island, Ancient Thira was transformed into an Egyptian naval base with the installation there of a large garrison. 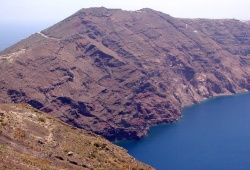 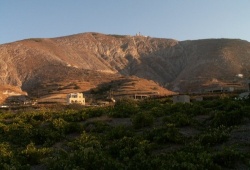 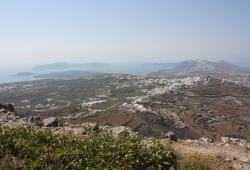