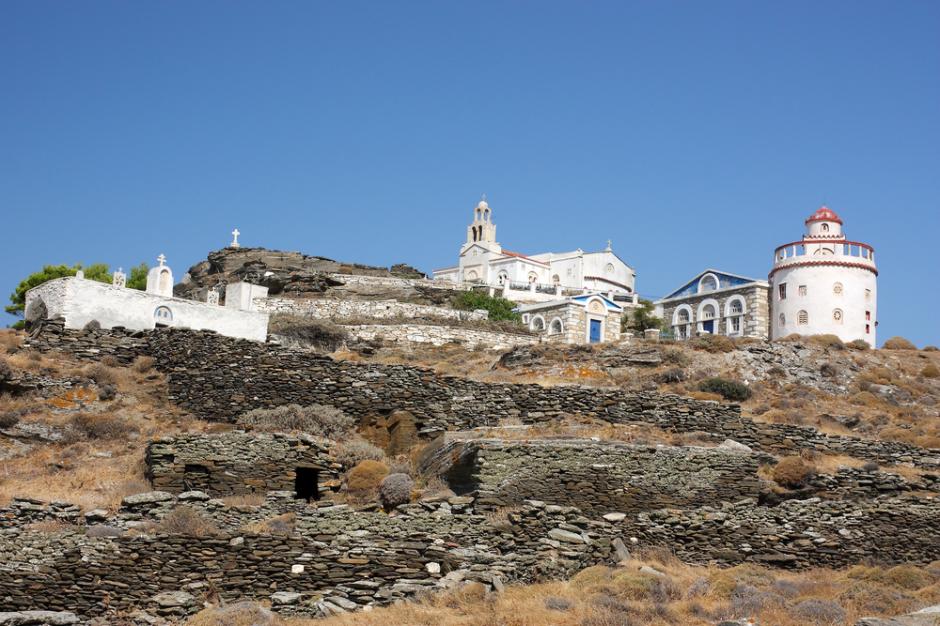 The women’s Monastery of Katapoliani at Isternia at Tinos is an important pilgrimage of the island, although there are no more nuns there.The Monastery was erected in the end of the 18th century by sister Melanthia, who came from a wealthy family of Crete. Sister Melanthia was initially a nun at the famous church of Ekatontapyliani in Paros and later moved to Tinos, in order to found a new monastery. The name of the Monastery comes from a corruption of the name of the church of Ekatontapyliani of Paros. The Monastery of Katapoliani celebrates on September the 1st. 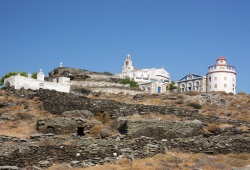