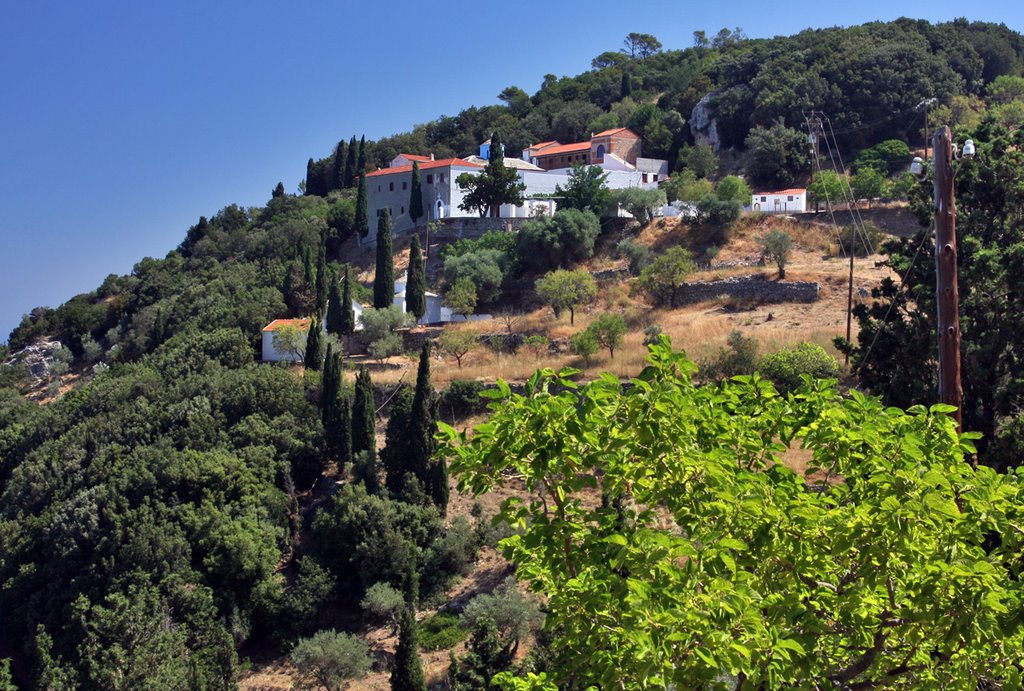 Skopelos Town, Skopelos, Sporades
Evangelistria Monastery
Located at a distance of 3,5 km east of Skopelos Town, the Monastery of Panagia Evangelistria is among the most important post-Byzantine monuments in Skopelos island. The monastery was originally constructed in 1712 and in the middle of the 18th century, it was renovated by the local noble family of Daponte. The Monastery of Evangelistria, on the slopes of Mount Palouki, distinguishes for its architecture that looks like a fortress and for its 18th century wooden-carved iconostasis that was constructed in a workshop in Constantinople. The monastery hosts valuable Byzantine and post-Byzantine icons. Located on the slopes of a hill, the monastery offers amazing view to Skopelos Town and the Aegean Sea. 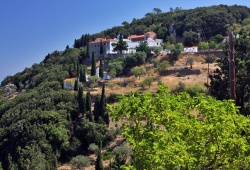 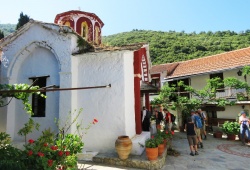 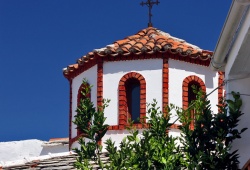