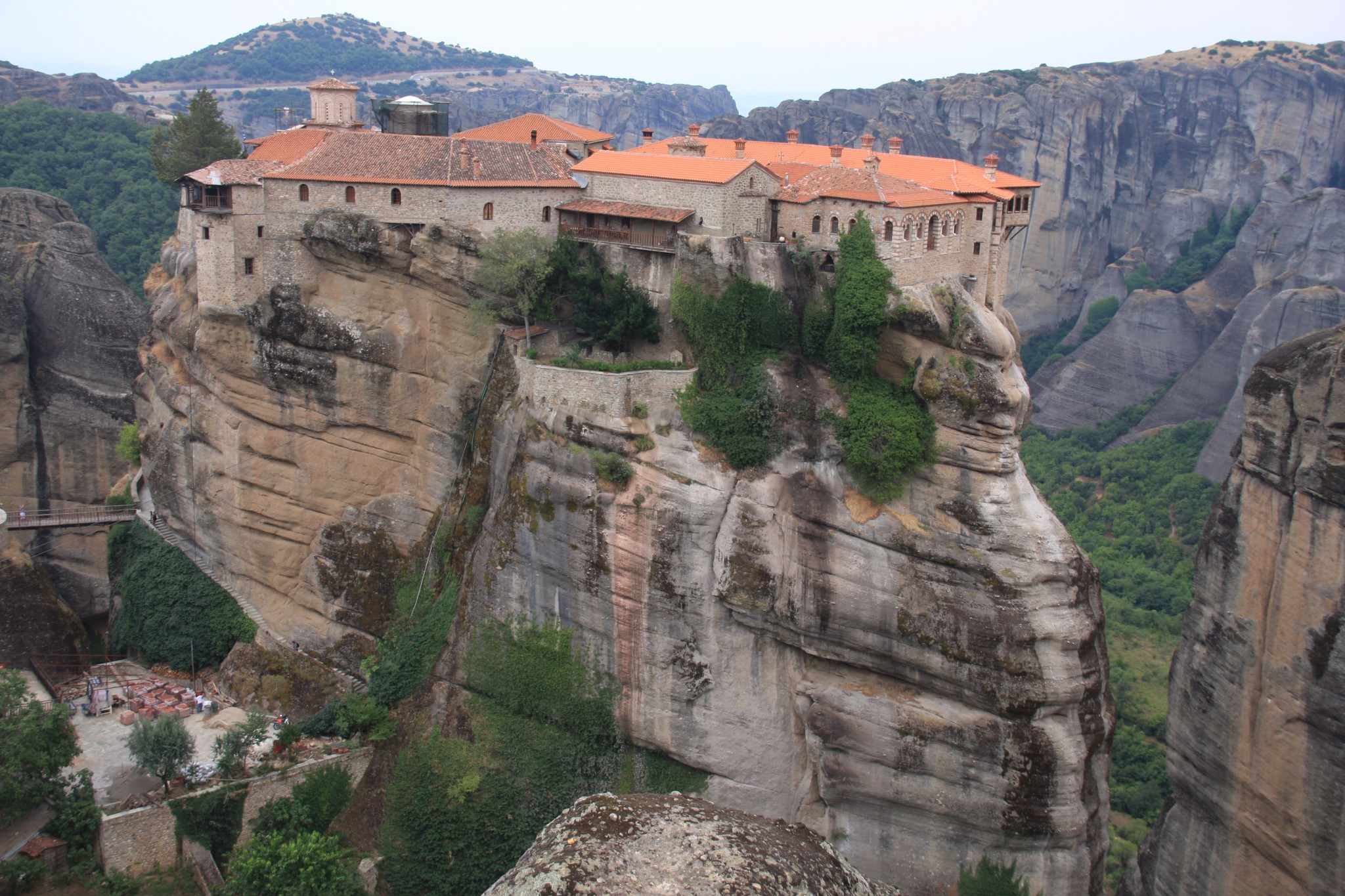 The Monastery of Great Meteoron  is  one of the oldest and the largest monasteries of Meteora. This Monastery was founded around 1340 by Saint Athanasios Meteorites, a scholar-monk of Mount Athos. He was to be followed by other 14 monks and in 1340 AD they manage to build Theomitoros (God’s Mother) church. Later on, founder St Athanasios constructed a second church dedicated to the Transfiguration of Jesus Christ and this church became the Catholicon of the monastery from which the monastery took its name. St Athanasios’s successor and the second proprietor of the Great Meteoron monastery was the monk Ioasaf (Ioannis Uros), the son of the Serbian-Greek king Symeon Uros Paleologos who supported the monastery financially.
In those early times, access to the monastery was achieved only through wooden ladders, ropes and nets. That was the case up until very recently and only in 1923 did they build the 146 stairs one has to climb to reach the monastery. 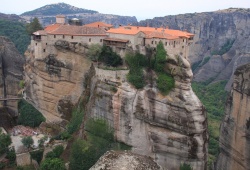 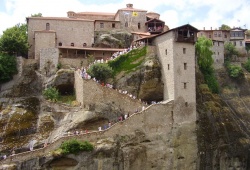 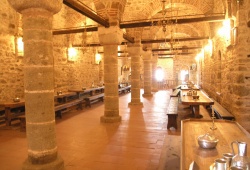