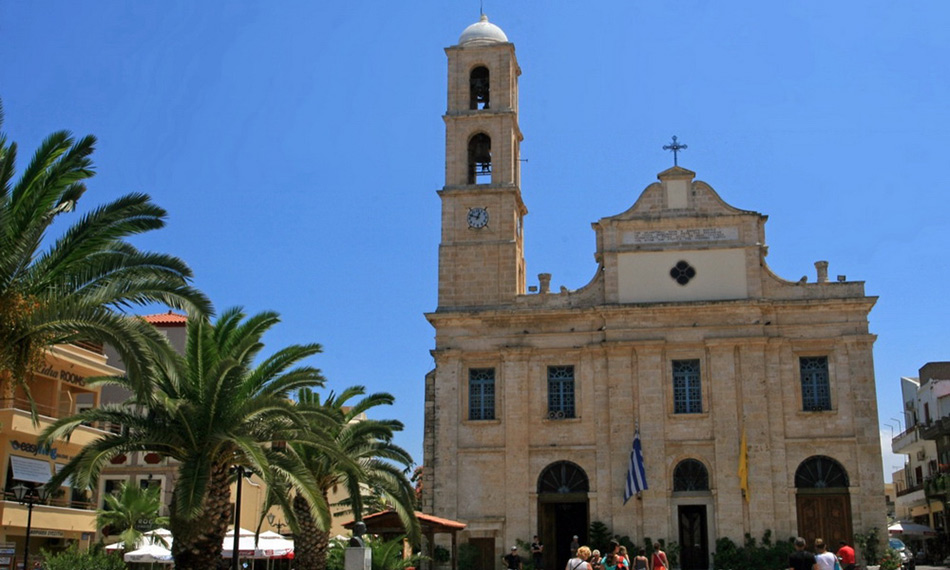 During the 150 years of its life, the Temple has been identified with the fate, the life and the history of the City and has been valorised as one of the remarkable historical monuments of Crete. According to historical testimonies, in the place that the Cathedral Temple is located today, a small Temple existed since the beginning of the 11th century, dedicated to Eisodia of Theotokos. The Venetians demolished this small Temple, building in its place a big storehouse for the needs of their Monastery, that was located opposite of it, on the other side of the current Halidon Street. Afterwards, when Turks enslaved Crete (1695), they transformed the storehouse of Catholics into a soap making workshop that was open until 1850. The manufacture of temple was completed in 1860.

The Temple of Eisodion is also known with the characterization Trimartyri because it is composed from three aisles: the central, where Eisodia of Theotokos are honoured, the right, where the Three Hierarches, Fathers and protectors of Greek Language are honoured, and the left, where Agios Nikolaos is honoured, as substitution of the homonym Temple of Splantzia that Turks had changed into a mosque. The Temple celebrates on November 21, feastday of Eisodion of Theotokos, which is also a holiday for the City of Chania.

►Explore the best places of Chania!
Book a Tour in Chania or take the journey with your car rental. 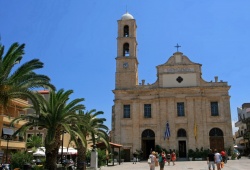 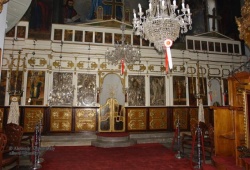 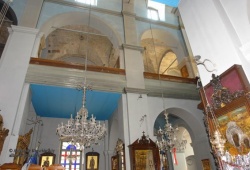