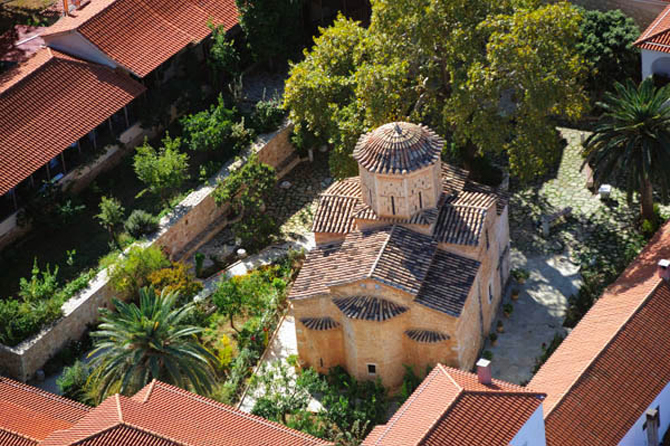 Monastery Loukous, which was dedicated to the Metamorphosis of the Savior, is located near Kato Doliana. It was built on the ruins of Polemokratis' bethel, the grandson of Asclepius, in 1117. Many sculptures from the bethel and the Roman country seat of Herodes Atticus have been excavated from its parvis. The monastery is mentioned for the first time in the 5th century AD, when the first Christian temple was built. It was occupied and used by Capuchin monks during the Frank Empire. It flourished in the Ottoman Empire, but was burnt down by Ibrahim's extensive fire on 5 August 1826 because the Abbot was initiated into Filiki Eteria and participated in the replenishment of the camps. Since 1946, the monastery accommodates nuns and many things have changed. There are some additional temples, a library, a factory of making carpets, where Tsakonian rugs in Byzantine alternant are made, and a painting workshop, where the Byzantine icon-painting is practiced. 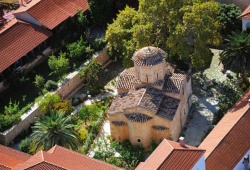 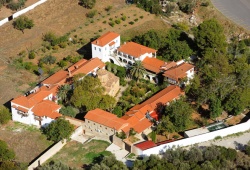 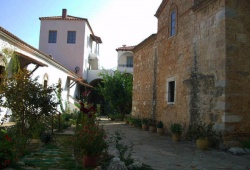