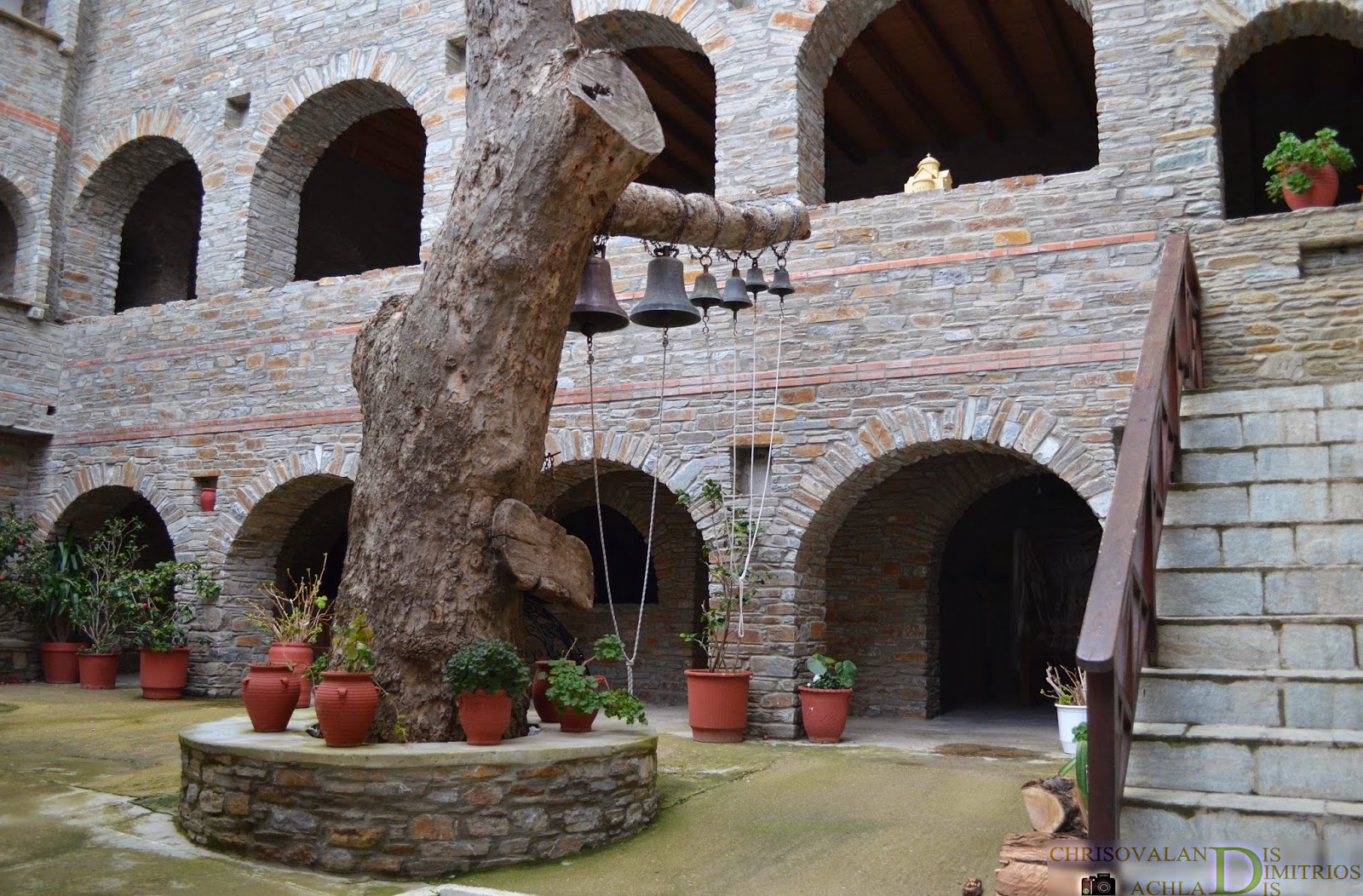 Agia Marina, Andros, Cyclades
Agia Marina Monastery
It has arisen from the writings of the Monastery of Koutroumousiou at Agios Oros that the monastery of Agia Marina was founded during the time of Paliologon in 1325. It was closed in 1837 by royal decree. In the intervening time it remained closed, it was looted and was burnt. In 1976 it was re-opened and restored. Amongst the treasures which were saved from the fire is an icon of Agia Marina (17th century) and the weeping Virgin Mary. 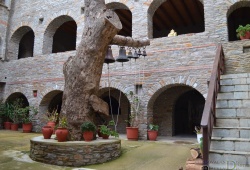 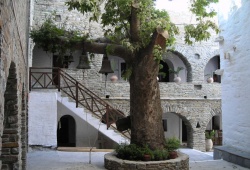 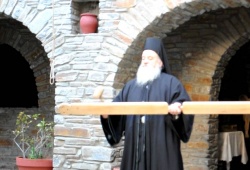