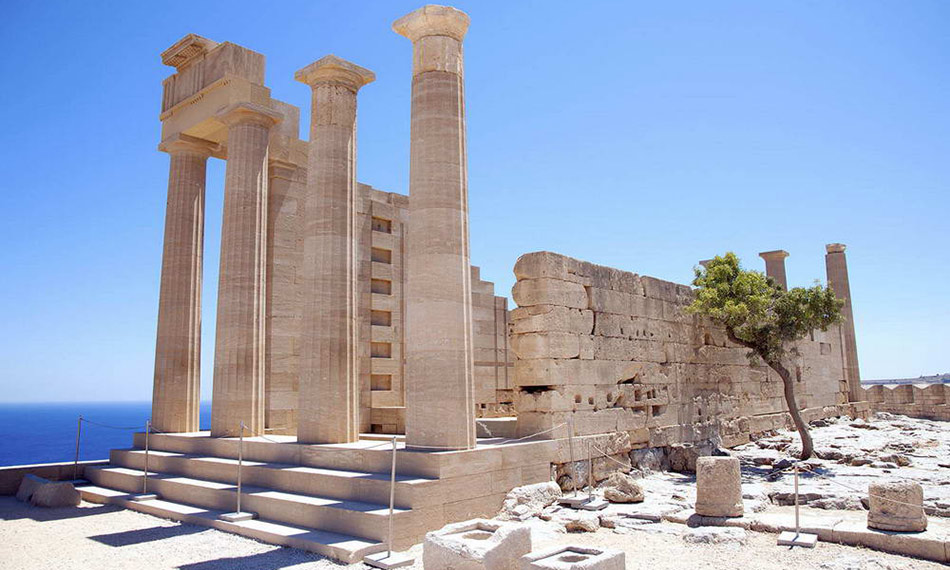 Theatre. This is on the southwest side of the hill, below the Temple of Athena. The circular orchestra and the auditorium for the spectators were hollowed out of the the side of the hill. The proedries, honorary seats around the orchestra for officials, still survive. The auditorium has19 rows of seats below the diazoma and 7 above it. The first three rows were also intended for officials, and low walls at their sides separated them from the auditorium staircases. Only five of the nine cunei have survived. The theatre held 1,800 spectators.

Four-portico building. There are remains of a four-sided building in the extension of the skene of the Theatre. On the inside columns on all four sides supported a pitched roof and surrounded an open-air courtyard. The entrance on the northwest side had a porch (row of columns) which carried an architrave. The building held 1500-1700 spectators and was intended for religious ceremonies. At a later period the place was occupied successively by three Christian churches.

Boukopion. At Vigli, northeast of the Acropolis, was the Boukopion, a place of sacrifices as the name implies. 38 inscriptions on the rocks around identify the place. A naiskos built of small field stones with a temple, pronaos and kind of vestibule contained the votive offerings (clay and bronze figurines chiefly of oxen) to a deity at present unidentified (10th-9th c. BC).

The cemeteries of ancient Lindos spread over the surrounding district; the most important two funerary monuments are:

"The Tomb of Kleoboulos". This has no connection with the tyrant of Lindos, but was the tomb of a wealthy family. It is a circular structure with carefully built masonry and a vaulted roof. The doorway has a cornice decorated with palmettes. On the inside a bed hewn out of the rock was a kind of sarcophagus and had a cover, which has not survived (2nd-1st c. BC). Traces of wall-painting and the name "Ayios Aimilianos" testify to its conversion into a Christian church in a later period.

The Archokrateion. In the locality of Kampana at Krana, on the hill west of the Acropolis, there is a rock-cut tomb. The exterior facade has two stories; half-columns on the ground floor support an architrave with metopes and triglyphs, and on the upper floor pillars alternate with blind openings. On the first floor facade funerary altars were erected with the names of the dead inscribed on their bases. On the inside a passage led to a place for burial rituals. A total of 19 graves are cut into the walls of this chamber. On the sides of the hall pillars alternate with plaster panels. Its modern name of "Frangokklesia" suggests that in the time of the Knights it was used as a church.

The Naiskos of the Taxiarch Michael Stratelates below the village square. There is a shallow niche with a post-Byzantine representation of the Archangel Michael Psychopompos. The traces of earlier frescos date it to the Byzantine period. 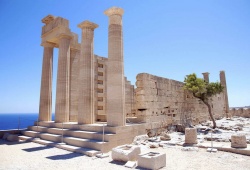 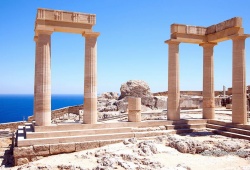 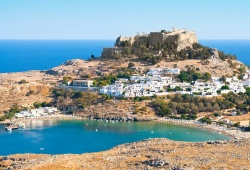 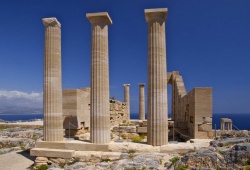 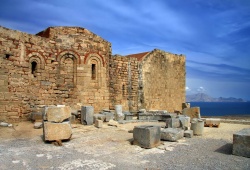