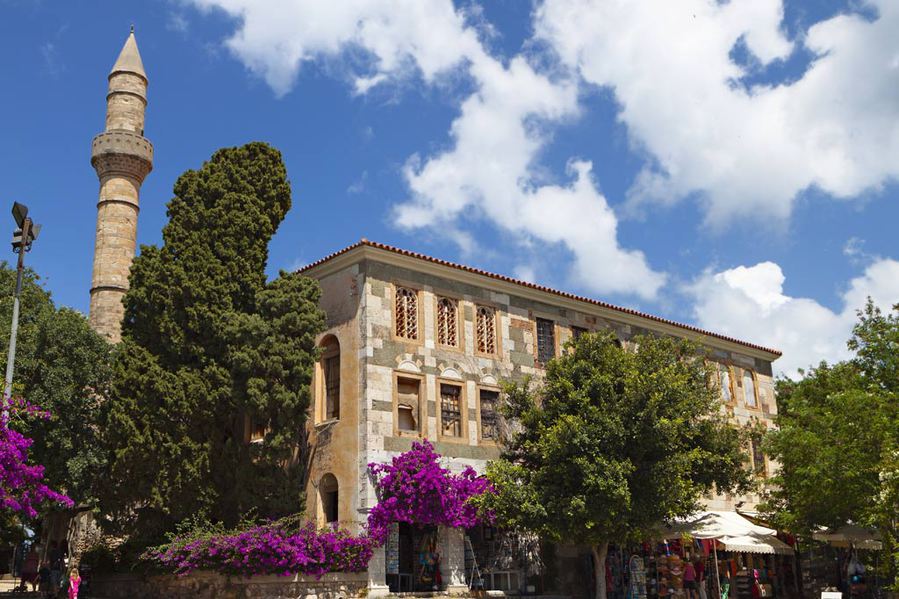 Also known as the Mosque of Gazi Hassan Pasha, Loggia Mosque was built in 1786 by the then admiral and commander of the islands. It's located in the heart of the Old Town of Kos and more specifically in the square with the plane tree of Hippocrates. It is believed that the place was formerly the Byzantine church of Agiou Georgiou. The two-storey building has a rectangular shape and was built with construction material of the ancient city of Kos, in accordance with the practice of the construction of temples and buildings at that time. A distinguishing element of the mosque is the 10 sided Muslim Moorish style white marble fountain, where the faithful wash their feet before entering the interior and sixty windows that allow the entry of light. The main entrance of the mosque is located on the north side, from the side of Hippocrates Square. The towering minaret is located in the northwestern part and features the relief of the Nemean lion and a headless statue of a lion, which have been cut off from the temple of Hercules. 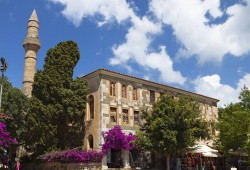 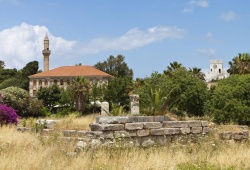 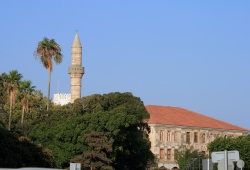