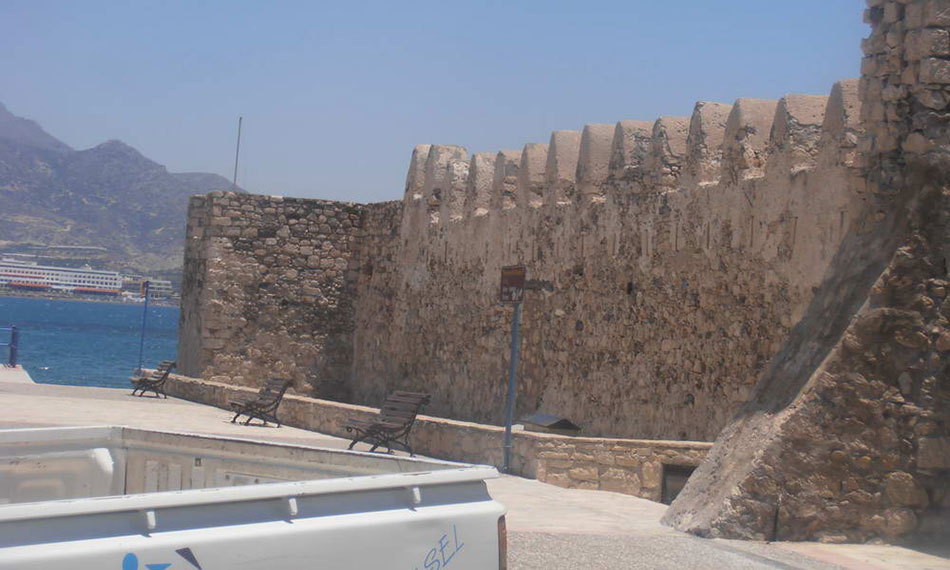 Castle of Ierapetra - is a Venetian fortress in northern part of the Ierapetra harbor. A legend says that the first castle was built by a genius pirate Enrico Pescatore in 1212. Only in 1307 it was first mentioned in a venetian documents. In 1626 Francesco Morozini rebuilt the old castle and since then it housed first Venetian then Turkish administration and garrison. The castle of Ierapetra had two gates, one on the north side, at the Town Hall Square, and a second on the west side, at the square of Mosque. The wall from out was surrounded by a moat with water which the locals called hendeki. The walls of Ierapetra were repaired in 1823 and 1829. 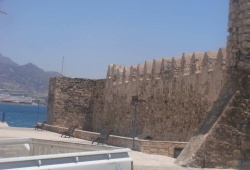 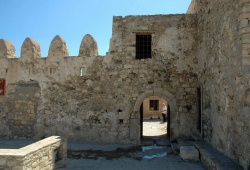 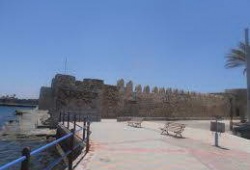